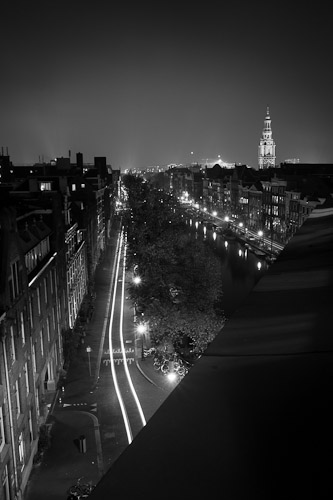 I got the chance to go to Amsterdam for a couple of weeks back at the end of October last year. I’d been a few years before for a weekend, but I wasn’t really into photography back then and had other distractions. This time, the trip was for business, to do some work on-site with a supplier, and I had a spare weekend to get out and take some photographs of the city. 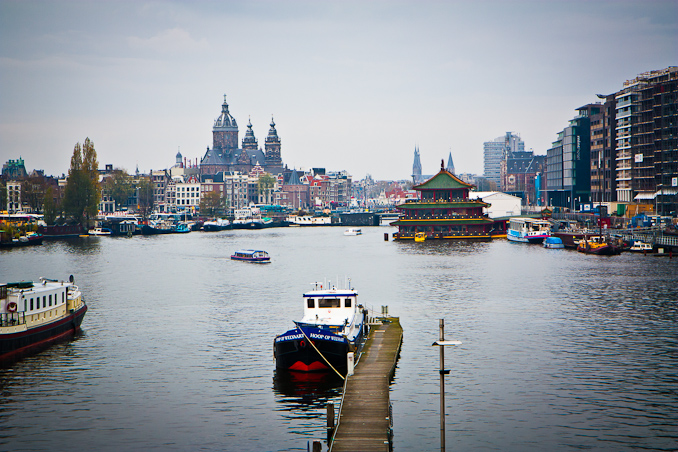 One of the first things I always notice when I first arrive in Amsterdam is just how many bicycles there are. They are everywhere! Pretty much everyone gets around on a bike and locks them up (or not) wherever they are shopping/eating/drinking. There are often hundreds of bikes tied to the railings along roads, or bunched up in designated cycle bays. I really don’t know how people find their own bike again when they return, there are so many. It’s also noticeable that bicycles appear to right of way. Everywhere. All the time. Even if you are a pedestrian on a crossing, and the little green man is on, indicating that you can proceed, bicycles still stream through the junction and you will be cursed over the aggressive ringing of a bell. 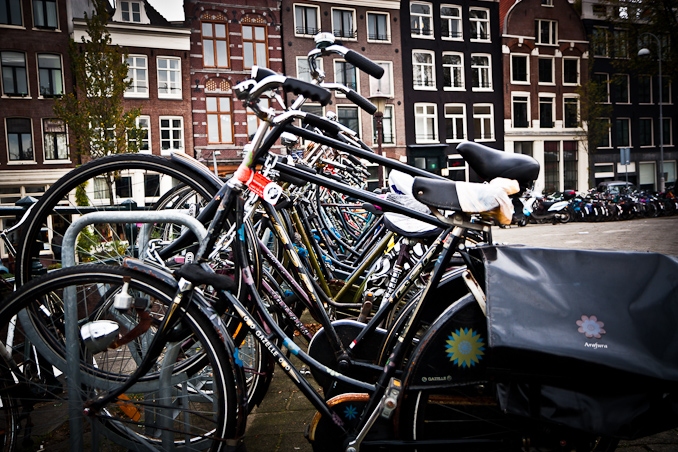 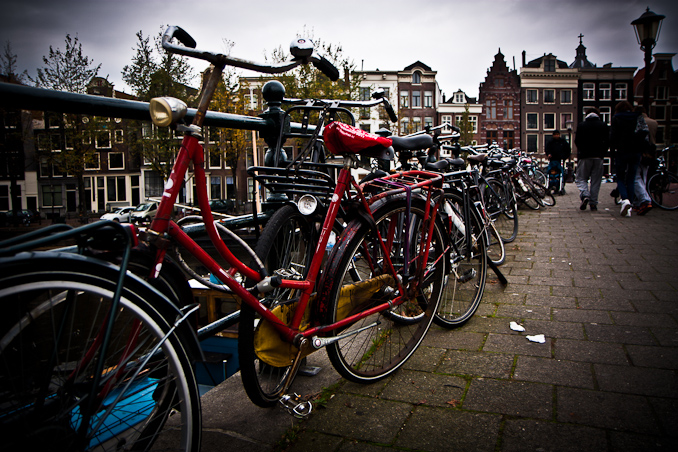 Throughout the week, I was making the most of the time with the supplier, so it was quite late by the time I’d returned to the hotel to dump my laptop etc. After that I only really had time to go out and find something to eat — often in one of the city’s many Irish pubs due to restrictions on expenses, but I did get out to try some highly recommended Indonesian food.

At the weekend I went for a wander around the city, visiting some of the tourist attractions and taking a few photos. Unfortunately, the weather wasn’t great for most of the weekend. It was overcast, dull, and grey for most of the day that I was walking around. Ironically, as soon as I retired to the hotel to rest my weary legs and prepare to go out for the evening, the clouds lifted and the city was drenched in beautiful golden hour sunshine.

One of the attractions I visited was the Rijksmuseum. This was a bit of an anticlimax, as most of it is closed for refurbishment, and only a small wing is left open. I’m not sure the €12 entry fee was all that worth it for me — unless you are really into paintings, particularly portraits. I guess I am spoiled by museums and gallerys in the UK generally being free. There were some interesting things to see there, however, such as some stunning Rembrandts — including the massive and amazing Night Watch. 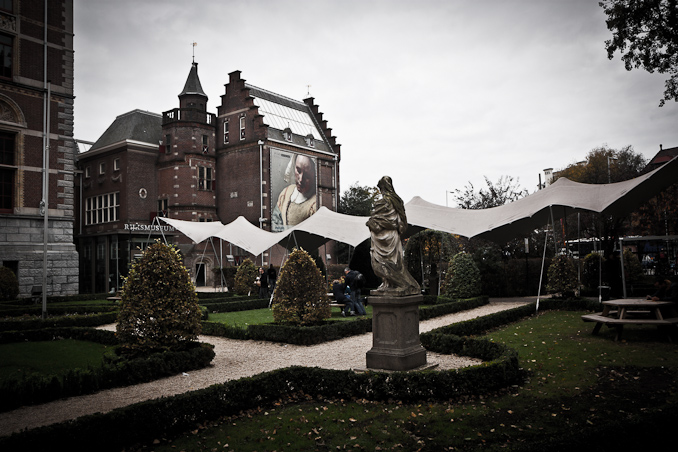 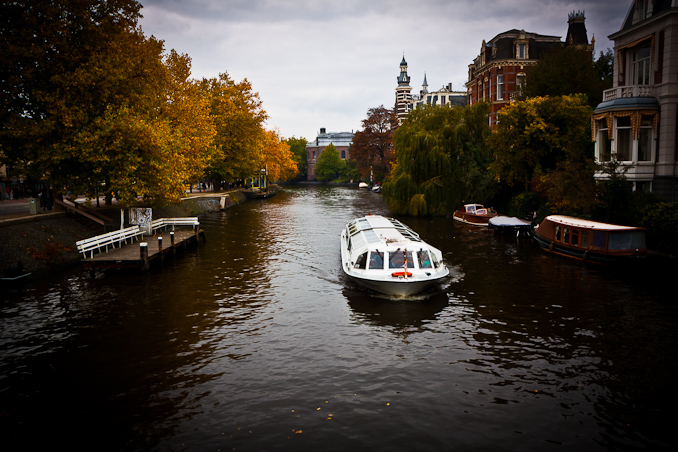 After walking down to the Rijksmuseum from my hotel (the NH Dolen in Centrum), I took a meandering wander back up via the city’s canals to the NEMO museum of Science. It’s an interesting looking building, like a sinking ship’s bow poking out of the ocean. From the “deck” there are some great views over the main harbours of Amsterdam centrum and over to Amsterdam Centraal, as well as a giant chess set to keep bored dads entertained. Inside it was a vast space of interactive exhibitions that I think would be excellent for children — who said Amsterdam wasn’t family friendly? 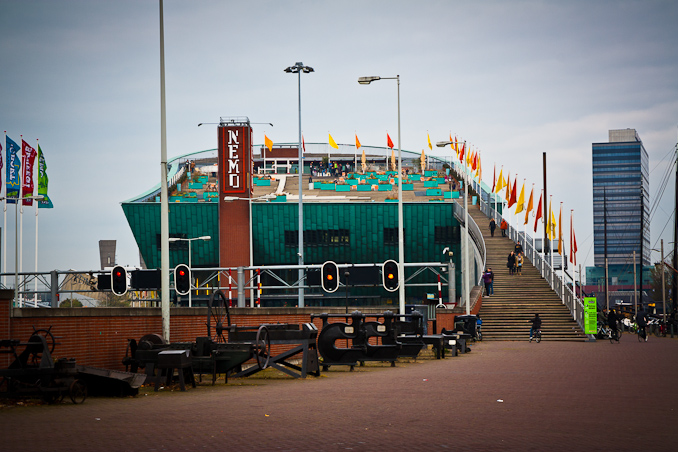 After a flying visit to the museum, I wandered back to Centrum, then down some of the main shopping streets to Dam Square. Then, I retired to the hotel, and prepared for an evening of excellent improv comedy at Boom Chicago in Leidseplein. 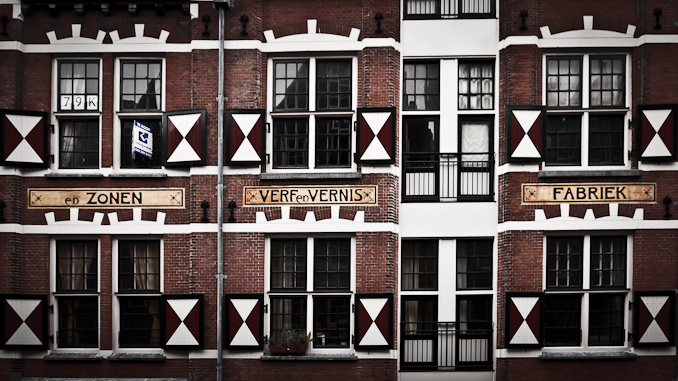 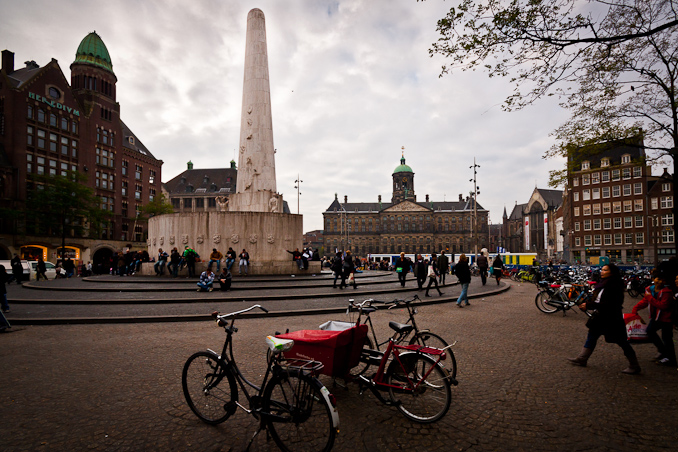 Overall, it was a nice trip, although I did get somewhat bored of eating out on my own. Hopefully next time I can return with friends to relax and enjoy the place a bit more. 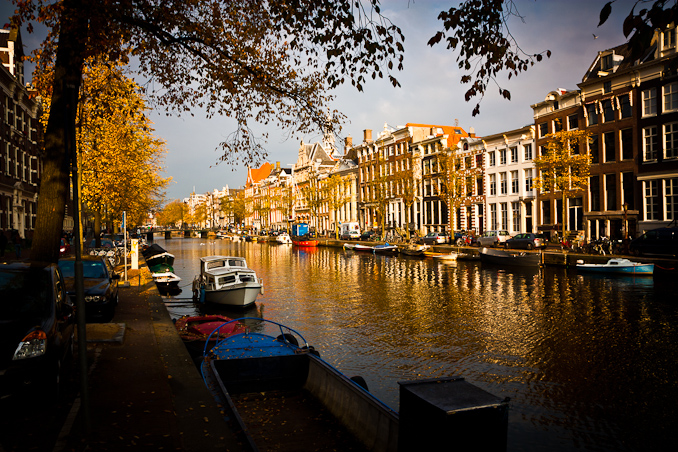